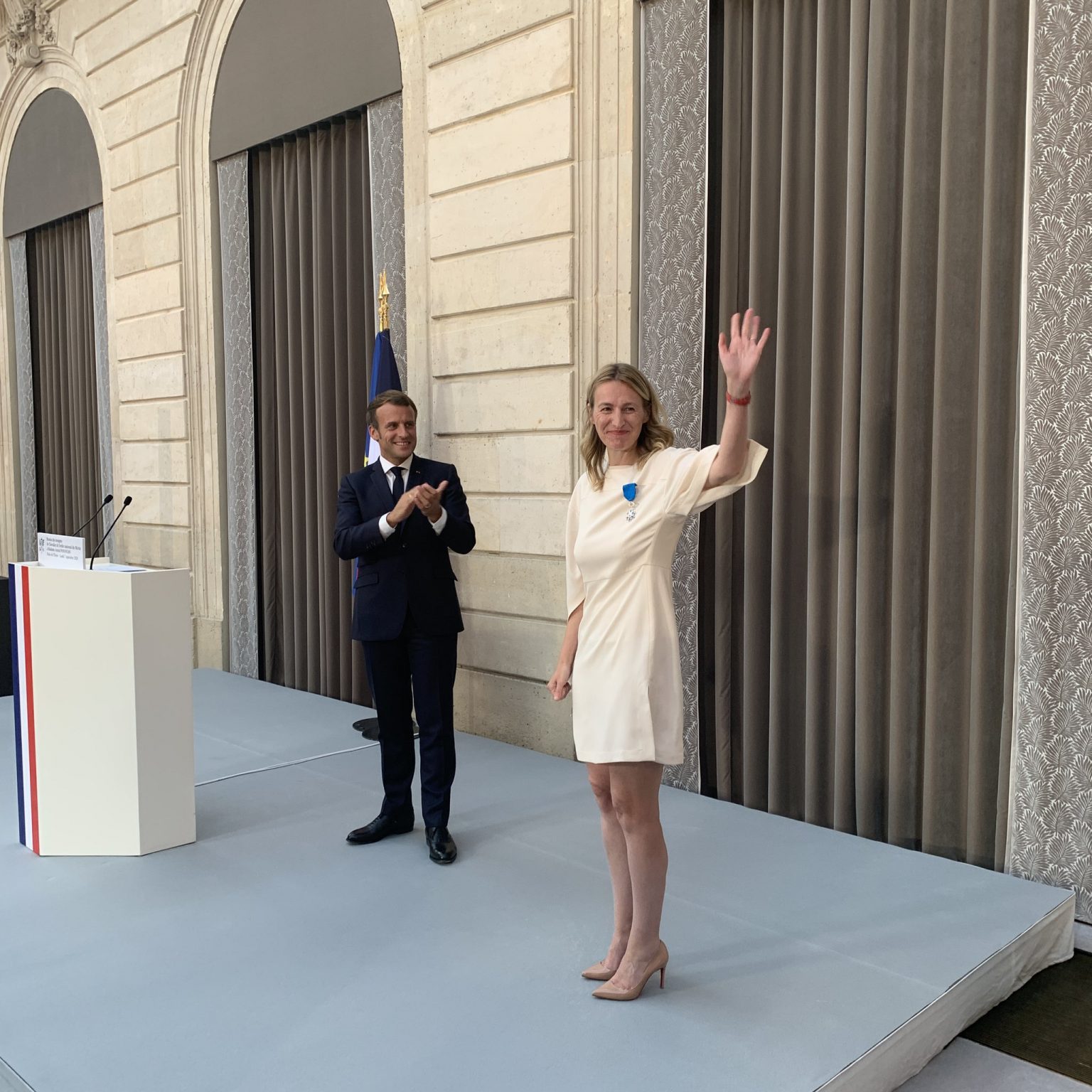 French Armenian politician and businesswoman Astrid Panosyan has been honored with a rank of the Knight of the National Order of Merit.

President Emmanuel Macron handed over the Order during a ceremony at the Elysee Palace.

Astrid Panosyan is the co-founder of La République en Marche (LREM) a centrist and liberal political party in France. The party was founded on 6 April 2016.

Mrs. Astrid Panosyan has been Chairwoman of the Board of Directors and Chief Executive Officer at Societe de Tayninh SA since September 1, 2015. Mrs. Panosyan has been the Chief Resources Officer and Member of the Management Board at Unibail-Rodamco SE since September 1, 2015 and serves as its Chief Executive Officer in charge of Central Operations.

She served as an Advisor and Member of the Cabinet of French Minister of Economy, Industry and Digital Affairs, where she was in charge of economic attractiveness and international investments.

Previously, she joined AXA’s strategy department in 1998. She served as Head Officer of Strategy and Head Officer of Business Support & Development Asia-Pacific at AXA. She began her career at the AT Kearney. She serves as a member of the Board of Directors of Unibail-Rodamco Participations SAS and U&R Management BV.

She served as a Director of Cegid Group SA from December 20, 2011 to November 27, 2014. She was a member of the Board of Directors at CEDID Group S.A. Mrs. Panosyan graduated from HEC Paris, IEP Paris, Ecole des Hautes Etudes Commerciales de Montreal and Kennedy School of Government of Harvard University.