Hrant Dink—the editor-in-chief of Agos, the only weekly published in Armenian and Turkish in Turkey—was shot dead from the three gunshots fired to his head from behind by Turkish ultra-nationalist Ogun Samast on January 19, 2007, in front of the then office of this newspaper—and on national grounds. In 2011, Samast was convicted of Dink's assassination, but questions still remain about the involvement of Turkish state security forces in the case.

In June 2007, Hrant Dink was posthumously given the award of the President of Armenia.

Garo Paylan, the Armenian member of the Turkish parliament, on Wednesday addressed the legislature on the occasion of the 15th anniversary of the assassination of prominent Istanbul Armenian journalist Hrant Dink.

In his remarks, Paylan stressed that Dink's assassination is not solved to this day because of the Turkish “deep state.”

He noted that Hrant Dink was preaching peace, that preaching was influential, and therefore it was problematic for the dark forces.

Garo Paylan concluded his Address in Armenian, saying: "Live long, Hrant Dink! We will not forget you!"

Hrant Dink—the editor-in-chief of Agos, the only weekly published in Armenian and Turkish in Turkey—was shot dead from the three gunshots fired to his head from behind by Turkish ultra-nationalist Ogun Samast on January 19, 2007, in front of the then office of this newspaper—and on national grounds. In 2011, Samast was convicted of Dink's assassination, but questions still remain about the involvement of Turkish state security forces in the case.

In June 2007, Hrant Dink was posthumously given the award of the President of Armenia.

The left-wing pro-Kurdish opposition Peoples' Democratic Party (HDP) has petitioned a parliamentary inquiry into the killing of Turkish-Armenian journalist Hrant Dink on the 15th anniversary of his assassination, Bianet reported on Tuesday.

Dink was shot dead in front of the Istanbul offices of Agos, the Armenian-language newspaper he founded, on Jan. 19, 2007. Ogün Samast, a Turkish nationalist who was a teenager at the time of the murder, was convicted to 22 years in prison in 2011, but questions remain over the alleged involvement of state forces.

“The case did not proceed in a way that would reveal the darkness in Hrant Dink’s murder and did not provide justice,” HDP group deputy co-chairs Saruhan Oluç and Meral Danış-Beştaş said in their joint request.

“The murderers were protected by the political will, they did not face trial. Those who were brought before the court were not prosecuted effectively,” the deputies said, urging parliament to take responsibility to bring to light the Dink assassination and disband illegitimate groups that have influence within the state.

The Armenian journalist was Agos’s editor-in-chief at the time of his death. Within hours, thousands of people gathered to protest the murder and show solidarity with the Dink family.

In 2004, Hrant Dink had been charged with ‘insulting Turkishness’ over his writings, where he discussed the possibility of Sabiha Gökçen, Turkey’s first female fighter pilot and adopted daughter of the republic’s founder Mustafa Kemal Atatürk, being an ethnic Armenian orphan.

The Turkish General Staff issued a statement condemning the article as harmful to national unity and Turkey’s values.

Until the assassination, Dink faced more lawsuits over insulting Turkishness and was subjected to more threats from nationalist groups.

An Istanbul court convicted 26 people in the 131st hearing of the Dink case in March 2021, while 37 suspects were acquitted.

Four of the defendants were issued life sentences and two others to life without parole.

The slain journalist’s family denounced the court’s ruling as “far from the truth”.

“There are such parts of the decision that it would seem the leaking of evil was punished, not the evil itself,” the Dink family said in a written statement.

“Could anybody say that being Armenian did not play a part in Hrant Dink getting murdered?” the family asked, condemning the case taking more than 10 years to resolve and calling for transparency and the rule of law.

Place in Paris to be named after Hrant Dink 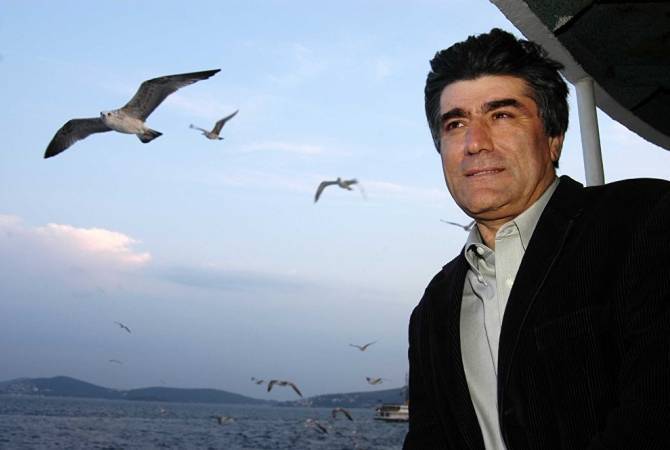 In a statement on social media, the Paris Deputy Mayor said that January 19 marks the 15th anniversary of the death of Hrant Dink who was killed in Istanbul. He reminded that Dink received the Oxfam Novib PEN Award for his activities in freedom of speech and reconciliation of Armenians and Turks.

“Paris will honor his memory by naming a place after him in the 13th arrondissement of the city”, Arnaud Ngatcha said.

An exhibition entitled “Hrant Dink: here and now” will be held in Yerevan in May. For this purpose, Delal Dink, Hrant Dink’s daughter, Deputy Director of “Hrant Dink Foundation” is visiting Yerevan.

She was received by High Commissioner for Diaspora Affairs Zareh Sinanyan.

“Hrant Dink became a microphone for freedom of speech and truth in Turkey. I am glad that today Dink’s family continues his mission,” noted Zareh Sinanyan.

The sides talked about the situation of Armenians living in Turkey, their problems and difficulties. The guest was also introduced to the office’s programs.

Zareh Sinanyan stressed the importance of the participation of Turkish Armenians in those programs.

The sides also touched upon the preservation and development of the Western Armenian language.