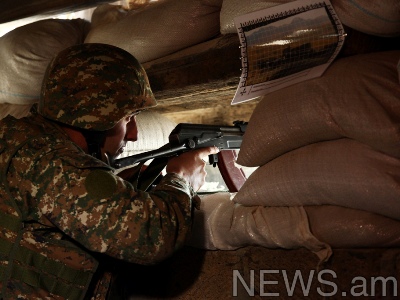 YEREVAN. – A powerful blast and the voices were heard on Wednesday afternoon from one of the military outposts of the adversary, Karabakh Defense Army said in a statement.

The incident occurred in the southeastern direction of the line of contact between the armies of Azerbaijan and Karabakh.

“An ambulance car and five military vehicles approached the site ten minutes after the incident. Azerbaijani army has not provided any reports about the incident yet,” the Karabakh army said.

The Karabakh advanced units control the situation and follow the movement of the adversary.