Jim Mouradian, 66; with heart and skill, he cared for guitarists soun 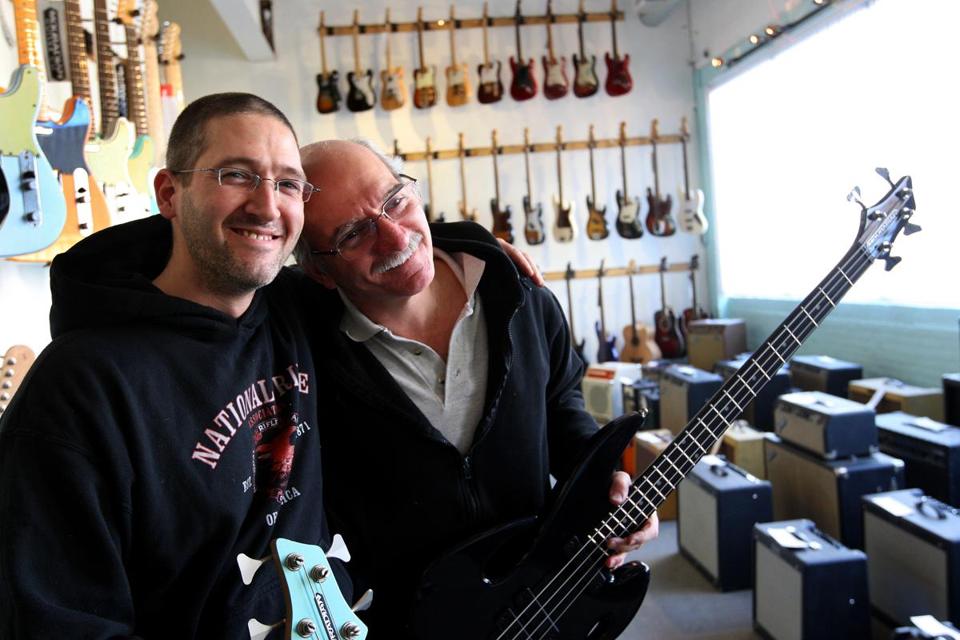 Jon and Jim Mouradian built and repaired guitars in several shops, including in Winchester.

Some of the fixes Jim Mouradian made in his guitar shop were measured in a thousandth of an inch – just enough to make all the difference to rock virtuosos who know that tiny tweaks refine a sound that sells millions of albums.

His handiwork was just as important to amateurs who spend a few stolen moments with their guitars. “I don’t like to list the musicians whose instruments I’ve worked on,” Mr. Mouradian told the Globe in 2009. “When you’re on the road or in the studio, your guitar is the tool you use to get the job done, and it’s all about triage. But I’m just as particular about the guitar someone is playing just to put a smile on their face.”

Though he was modest, his customers always praised his mastery, saying that it extended beyond mechanical know-how.

“There’s a certain level of technical expertise you can learn, and it certainly gives you a leg up,” said Joe Perry, lead guitarist of Aerosmith. “But then there’s that next level of having heart, being personable, and going that extra yard. Jim was somebody you could always count on in a pinch, and he always had good ideas. Having the same roots, I could mention a certain sound on a record, and he knew what I was talking about and could help me reach that particular place. Sometimes it was something new, and he could help me get there.”

Mr. Mouradian was a musician, too — a longtime bassist for Ronnie Earl & The Broadcasters. After the band’s set Saturday in Old Saybrook, Conn., he stepped outside for a breath of fresh air before the encore, then asked to sit down upon returning. He died that moment, apparently of a heart attack, his family said. 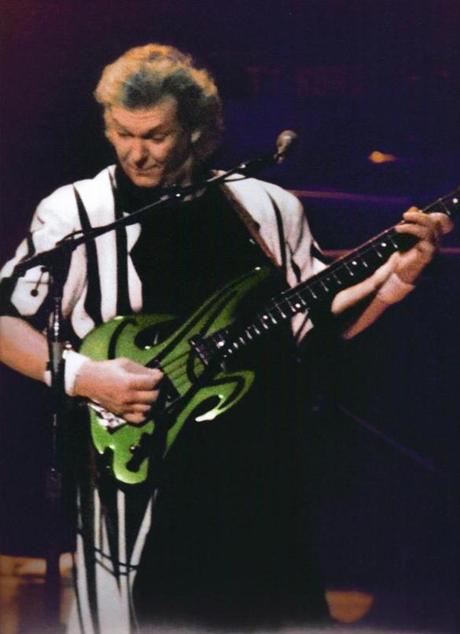 At 66, he had been a fixture in Boston’s music scene, repairing guitars out of Cambridge Music Center in Porter Square for two decades before he and his son Jon opened Mouradian Guitar Co. in Winchester, the town where Mr. Mouradian grew up and first began building and repairing instruments.

“He and I, for 25 years, worked side by side every day,” Jon said. “I have considered him the greatest man on earth since I was born. He’s above all the most selfless person I’ve ever known.”

Mr. Mouradian “was all about keeping things alive — the guitars as much as the players,” Jon said. “It’s what drove him into the service end of this business. None of this was driven by his wanting to be known. It was all about being there to keep the musical community going.”

As news of the death spread, friends and customers posted tributes online. Some recounted stories that are oft-told around social media campfires — tales of his encounters with rock stars such as Perry and late musicians including Chris Squire of Yes and Kurt Cobain of Nirvana. For Mr. Mouradian, though, every customer was a friend who had an intimate relationship with an instrument.

“It sounds corny but guitars have a lot of personality and idiosyncrasies,” he said in 2009, adding: “You want your guitar to feel like a comfortable pair of shoes you’ve had for a while.”

James Theodore Mouradian grew up in Winchester, a son of Armenian immigrants. His mother, the former Betty Norian, was born in what is now Aleppo, Syria. His father, Aram, survived the Armenian genocide and was a boy when he moved to the United States. He ran an Oriental rug business in Winchester, where Mr. Mouradian started working as a teen.

Kept away from sports because of an eye injury, he turned to music. Mr. Mouradian’s parents were musicians — his mother played piano, his father the violin — and he studied the upright bass. “He said that after the Beatles played ‘Ed Sullivan,’ he went overnight from being the nerdy guy who played with the band to the guy who did what the Beatles do,” Jon said. “He’s been playing the electric bass ever since.”

Mr. Mouradian was a fan of the progressive rock band Yes, and at one point “made a rug with the Yes logo woven into it. I presented it to them at a concert, they loved it, and we became friends,” he recalled in 2009. Then he sketched a design of a bass for Chris Squire, who asked Mr. Mouradian to bring it to life. “When I finished he loved it, and played it on tour and in the video for ‘Owner of a Lonely Heart,’ ” he said.

Working at first in a space his father provided at the rug company, he began building guitars and basses and repairing instruments. He also nurtured aspiring musicians such as Pat Badger, who grew up in Winchester and became the bassist for the band Extreme. At the urging of a fellow Squire fan, Badger showed up one day at Mr. Mouradian’s shop.

“It was like being a kid in a candy store, with all the guitars and basses and guitar parts,” recalled Badger, who would perform on instruments his mentor built.

Because of Mr. Mouradian’s technical expertise and lifelong musicianship, “he became the guy people would trust to bring their stuff to,” Badger said, “but beyond that, Jim was such a great guy, so generous with his time, and patient. It was those qualities that made him so special — like no one I’ve ever known, really.”

Get Today's Headlines in your inbox:
The day's top stories delivered every morning.
Sign Up

Mr. Mouradian’s earlier two marriages ended in divorce, including his first to Robyn Costa, with whom he had two sons.

About 25 years ago, Mr. Mouradian moved from Winchester to Arlington, where he lived with his wife, the former Michele Contompasis, whom he married in 1996. “He’s always very affectionately referred to Michele as his pal,” Jon said.

In addition to Michele and Jon, Mr. Mouradian leaves his son J.T. of Newburyport; stepsons, Peter Robichaud of Somerville and Michael Robichaud of Arlington; his sisters, Mappy Gray of Salisbury and Weensy Mann of Ipswich; a brother, Bob of Peterborough, N.H.; and four grandchildren.

A memorial service will be held at 11 a.m. Saturday in Parish of the Epiphany Episcopal Church in Winchester.

One day in the early 1990s, a scruffy musician walked into Mr. Mouradian’s shop. He had broken the neck off his Fender Mustang guitar during a Boston gig and needed it fixed quickly. Mr. Mouradian obliged and sent him back out on tour with gentle advice about taking better care of his instruments. The guitarist was Kurt Cobain, and when his band Nirvana hit it big months later with the album “Nevermind,” he sent Mr. Mouradian a letter and an album in gratitude.

“People would come in just to speak with him and get a little uplift in life,” Jon said of his father. “Every day when someone would ask, ‘Hey, Jim, how are you doing?’ His response was, ‘I’m the luckiest guy you know — and I don’t even know who you know,’ and he wasn’t lying. He knew that every day was a gift and didn’t take it for granted. A lot of us know that, but he really lived it.”