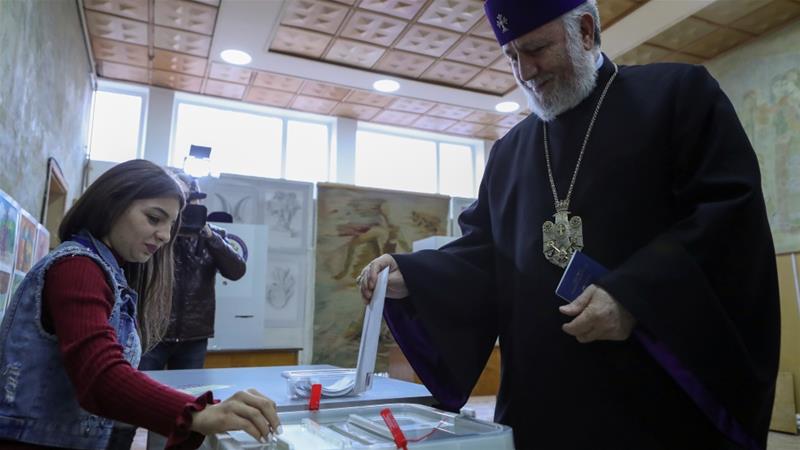 More than 2.6 million people were eligible to vote in the snap parliamentary election [Vahram Baghdasaryan/Reuters]

My Step Alliance, which includes Pashinyan's Civil Contract Party, won 70.4 percent of the vote based on results from all polling stations, the Central Election Commission (CEC) said on its website.