Here's a really special story we wanted to share, particularly for our Central Valley friends. 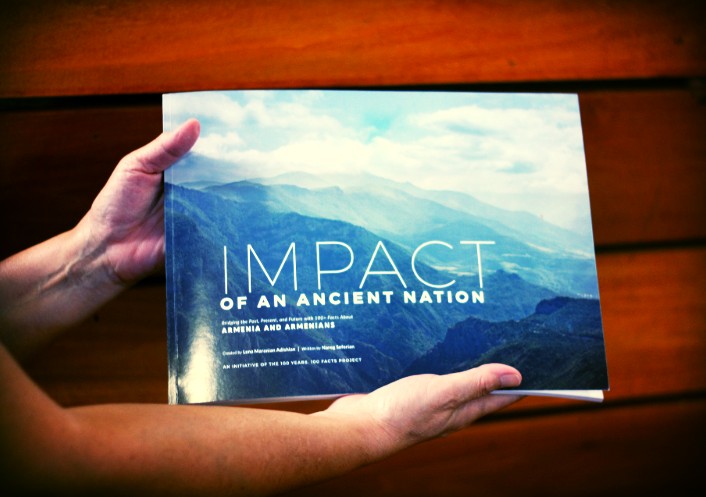 Creator of The 100 Years, 100 Facts Project, Lena, was talking to a Japanese mom friend from her son's preschool class. The mom mentioned the book (Impact of an Ancient Nation) to her mother who immediately let Lena know she would like to buy the book. Was it just that this Japanese family had an interest in Armenia? No - they had a very personal connection to an Armenian family.

The Japanese family is originally from Reedley, California, well known for their beautiful fruit farms. They had a farm there for decades and they knew many Armenians. They even learned how to roll dolma!

The grandma explained that she actually wanted to purchase TWO copies: one for their own family and one for an Armenian family they know from Reedley. She elaborated, "When the US government rounded up the Japanese Americans during World War II, my family was placed in an internment camp for approximately two years and they had to leave their farm not knowing what would happen to it. Many Japanese American families lost their homes, businesses, farms, and personal possessions. Our Armenian neighbors took care of the farm for our family until they were able to return. The farm has remained in our family for a hundred years and we will always remember our Armenian family friends with gratitude and appreciation. This story will be passed on in our family for generations to come."

One of the great things about working on this project is the people we have met and the connections made. This is just one example and we are grateful to all our friends and supporters for making this such a special endeavor.