Charges against ex-President Kocharyan to be appealed, attorney

Charges against ex-President Kocharyan to be appealed, attorney says 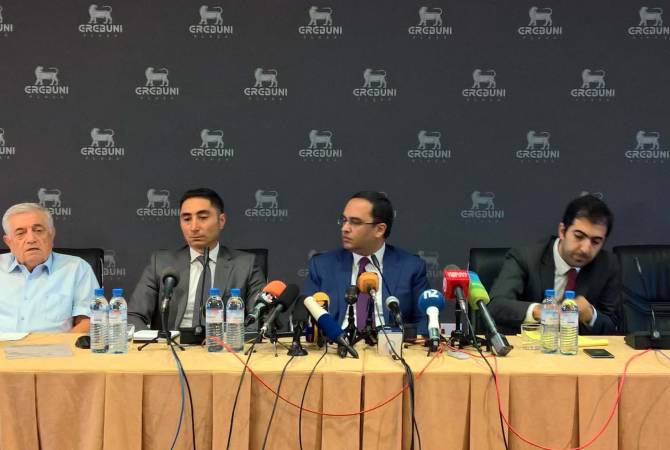 During a press conference on July 28, Viktor Soghomonyan said he doesn’t agree with the charges brought against Kocharyan and stated that they urge to immediately release him. “We are going to appeal the charges and the criminal proceedings”, he said.

Kocharyan’s attorney Ruben Sahakyan presented details from the questioning process and the investigation. “I am not well familiar with the court’s decision as we received it late, it’s quite extensive and I didn’t manage to get acquainted with it due to lack of time. I ask you not to ask questions the responses of which will force us to violate the signature we gave not to publicize the investigation data”, Sahakyan said.

He stated that the July 3 statement of the Special Investigative Service will be a starting point for them. “You can examine it and see whether that statement and the charges pressed are similar in terms of content. Kocharyan has been charged on July 26, he was invited for questioning as a witness, but from the first moment they made a decision to launch charges against him. There has been a similar case in my practice, I have also been charged, then the case was dropped. I am confident that similar will happen to this case”, Sahakyan said.

He informed that Kocharyan didn’t testify, although was ready for that as the SIS made a decision to launch charges. “Frankly, I thought they would remand him into custody, I didn’t doubt. I noticed that there were several persons in the questioning room, one of them took Kocharyan’s small testimony, just 17-18 lines and left the room. Several minutes later he came back with a decision on remanding him into custody”, he said.

He also considered strange conducting the court hearing within such a short period of time, since the attorneys usually need at least a day to examine all materials and organize defense.