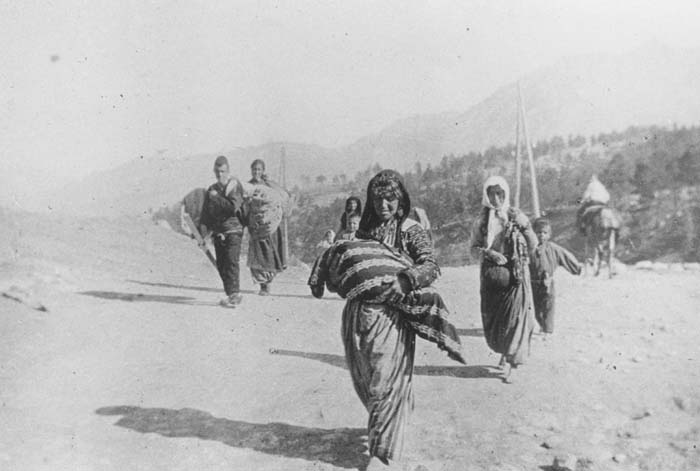 The Czech Senate condemned the crimes against humanity committed by Nazis during WW2 and the Armenian genocide in the Ottoman Empire 105 years ago in a resolution on Wednesday, Ceske Noviny reports.
“At its plenary session on May 20, the Senate of the Czech Republic unanimously adopted a resolution on the 75th anniversary of the end of World War II and the atrocities committed against humanity during the two world wars, including the condemnation of the Armenian Genocide,” the statement noted.
The resolution was presented by Senate Vice-President Milan Štěch.
In April 2017 the Chamber of Deputies of the Czech Parliament approved a resolution, condemning the genocide of Armenians and other religious and national minorities in the Ottoman Empire during the First World War.
About the Armenian Genocide
The Armenian Genocide (also known as the Armenian Holocaust) was the systematic mass murder and expulsion of 1.5 million ethnic Armenians carried out in Turkey and adjoining regions by the Ottoman government between 1914 and 1923.
The starting date is conventionally held to be 24 April 1915, the day that Ottoman authorities rounded up, arrested, and deported from Constantinople (now Istanbul) to the region of Angora (Ankara), 235 to 270 Armenian intellectuals and community leaders, the majority of whom were eventually murdered.
In early 1915, the Young Turk regime rounded up hundreds of Armenians and hanged many of them in the streets of Istanbul, before beginning the genocidal deportation of most of the Armenian population to the desert, in which up to a million died or were murdered en route.
The Armenian Genocide is recognized by many countries, particularly by Uruguay, Russia, France, Lithuania, the lower house of the Italian Parliament, the Parliament of the United States, Luxembourg, Austria, Chile, Greece, Cyprus, Argentina, Belgium, Wales, National Council of Switzerland, Chamber of Commons of Canadian Parliament and Seym of Poland.
https://www.praguemo...enian-genocide/

The Senate has also condemned the annihilation of ethnic and religious groups anywhere in the world today.

The resolution was passed on the 75th anniversary of Victory Day at the instigation of Senate deputy chairman Milan Štěch (Social Democrats, ČSSD).

The upper house did not comply with the efforts of Tomáš Jirsa (Civic Democratic Party, ODS) to condemn the persecution of Christians in countries with a different religion in the same manner.

Štěch said the addenda had not corresponded with the intentions of the resolution in question.

President Miloš Zeman, too, has labelled the massacre of Armenians a genocide.

Turkey protested at the time, to which the Czech Foreign Ministry replied that the evaluations were not legally binding.

Turkey, the successor to the Ottoman Empire, refuses to interpret the events as a genocide. It says the information about 1.5 million killed Armenians is overblown and that the dead were victims of a civil war, not genocide.

Thanks to the Czecks ~ God love them ``` 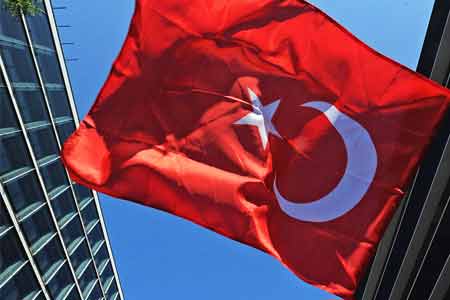 ArmInfo.The Turkish Foreign Ministry reacted sharply to the adoption of a resolution by the Senate of the Czech Republic on the 75th anniversary of the end of World War II and condemning the crimes against humanity committed  during the two world wars, including the Armenian Genocide.

Public Radio of Armenia
May 25 2020
The more Turkey tries to deny the truth, the more it finds its way out, Armenian Amb. says

The more efforts the Turkish authorities employ in denying the truth, the more the truth finds its way out, Armenian Ambassador to the Czech Republic Ashot Hovakimyan has said.

The comments come in the wake of a statement by the Turkish Foreign Ministry on a resolution passed by the Czech Senate that condemns the Armenian Genocide.

“This is neither the first nor the last official response of Turkey to the international recognition of the Armenian Genocide. Turkey resorts to yet another step at denying justice, thereby deepening the gap between itself and universal values. Denialism has no future regardless of the wrapping it comes in. The more efforts the Turkish authorities employ in denying the truth, the more the truth finds its way out, constituting public knowledge,” Amb. Hovakimyan said in a statement.

“On the famous Charles Bridge in Prague, you can find a statuary sculpted by Ferdinand Maxmilián Brokoff in 1714, honoring the sanctified knights, who saved Christian captives from the hands of the Ottomans in the Middle Ages. Below the statues of the knights one can find the statue of a Turk with a yataghan blade, guarding the imprisoned and suffering Christians. This statue has become the figure of many Prague legends and stories, whereas tourists are cautioned to pass by the stature, whilst children were scared by their parents into sleeping by mentioning about the Turk coming and taking them away otherwise,” the Ambassador stated.

“I regret that not much has changed during the last 300 years and until today Turkey continues to communicate in the language of threats,” he concluded.

On May 20 the Czech Senate unanimously adopted a resolution, condemning the Nazi crimes against humanity committed during World War II and the Armenian Genocide of 1915.