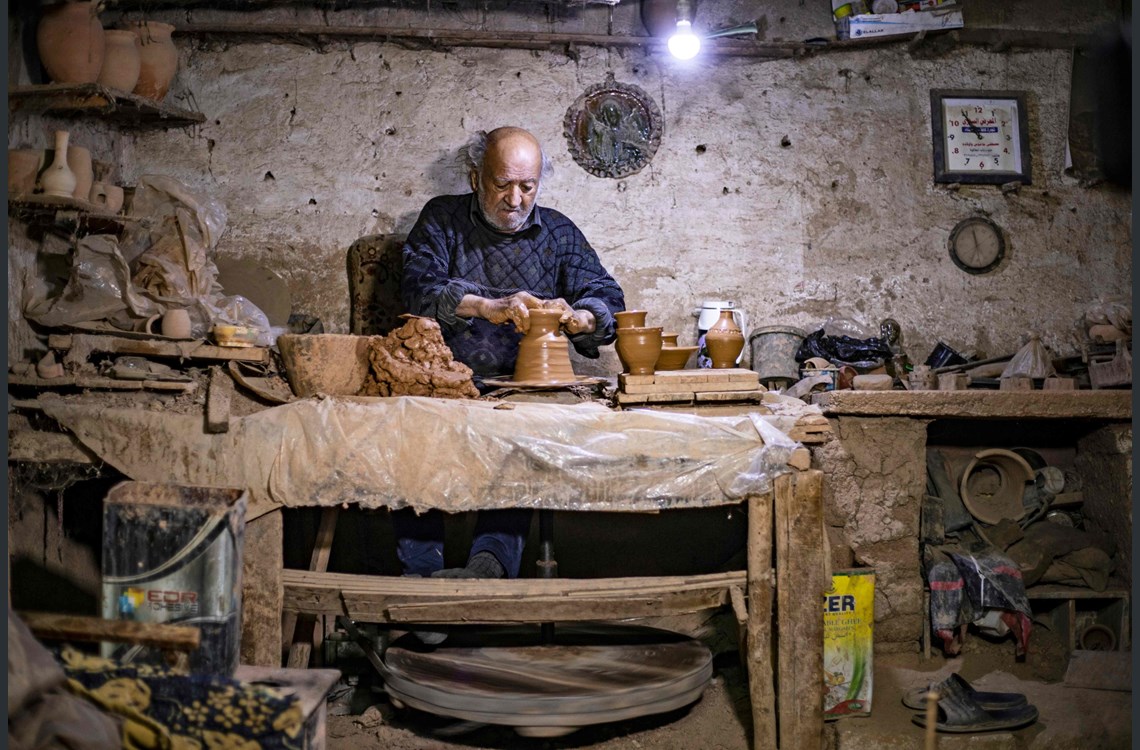 QAMISHLI, Syria  — Inside a dusty and dark workshop on the banks of the Jaghjagh river in northeast Syria, Misak Antranik Petros uses an ancient pottery wheel to throw different shapes from clay.

The 85-year-old Syrian potter of Armenian origin said his family has practised the craft for more than 450 years.

"The profession was passed down from one generation to another like an inheritance," he said. "Now, my son is taking it up."

His workshop is located inside an ancient mud-brick house near the city of Qamishli, administered by Kurdish authorities who control much of northeastern Syria.

It is cluttered with pots, tools and classically shaped vases, mostly covered in dust.

Petros and his two sons spend most of their time in the humid space, heated by an old wood-burning stove.

"I dont like to clean the clay off my hands because I like the texture," he told AFP from his workshop.

Petros was only a teenager when he had to take over for his sick father and become the main potter of the family.

He has since become a master of the craft, and is keen to pass his skills on.

"I am happy when I see the door of the workshop open and my son working inside," he said.

"This craft deserves to be preserved."

Syria's nine-year-long war has killed more than 387,000 people and displaced millions from their homes.

Petros and his family were largely spared with their home and workshop dodging damage.

Of Petros's two sons -- Anto and Yerevan -- the former is likely to follow in his footsteps as a professional potter, especially after receiving training from his father.

"His hands need to be balanced," Petros said of his son, like a trapeze artist "walking on a tight rope".

Sitting at the pottery wheel, Anto, 43, moulds a clay vase with expert hands while his father watches.

The young man said he is just as enthusiastic about the craft.

"I can't stop pottery for even two days because my hands miss it," Anto said.

"If God blesses me with a child, I will teach them this craft the way my father taught me."