These Armenian Immigrants Raised $38 Million To Reduce Bias In Hi

Growing up in Yerevan, the capital of Armenia, Tigran Sloyan and Aram Shatakhtsyan dubbed themselves the country’s biggest math and coding nerds, respectively. But while Sloyan had the opportunity to attend MIT and later landed a job at Google, his childhood friend wasn’t so lucky.

Shatakhtsyan stayed local, attending Yerevan State University. He struggled to get a foot in the door of the top tech giants, spending years quietly freelancing—until Sloyan got an idea.

“He was making something like $30 an hour, where I was making, like, $130,000 a year,” Sloyan says. “While he was a much stronger programmer than I was, my résumé was giving me so many more opportunities. That was [our] original realization of how broken the world is.”

In 2015, the pair teamed up with former investment banker Sophia Baik, 35, to launch CodeSignal, a coding assessment platform meant to eliminate bias in tech hiring. The company announced Tuesday that it had raised $25 million in Series B funding from investors led by Menlo Ventures, valuing it at $120 million. This round brings CodeSignal’s total funding to $37.5 million.

CodeSignal boasts customers such as Zoom, Uber, Instacart, Robinhood, Asana and Brex, among others. Forbes named Shatakhtsyan, the 30-year-old chief technology officer, to its 30 Under 30: Enterprise Technology list last year.

Formerly called CodeFights, CodeSignal invites recruiters and hiring managers to “go beyond résumés,” using its suite of skills-based assessments to ensure all candidates are evaluated against the same objective standard, says CEO Sloyan, 32.

“The statistics say, on average, recruiters spend about six seconds [reviewing] a résumé, which is crazy,” he says. “Some don't even get reviewed. It's a well-known thing, especially in the Bay Area, that applying for a job is like sending your résumé to a black hole.”

To eliminate bias, and save companies time, CodeSignal asks job applicants to write lines of code, which it then evaluates using proprietary AI technology. Employers can set their own qualification thresholds and customize tests for each team and job opening. To safeguard against cheating, the platform automatically detects instances of plagiarism and offers clients the option to use computer cameras and the screen-share function to monitor suspicious activity. According to Sloyan, many of his clients have done away with résumés and phone interviews in favor of CodeSignal assessments, inviting those who score well to on-site interviews. 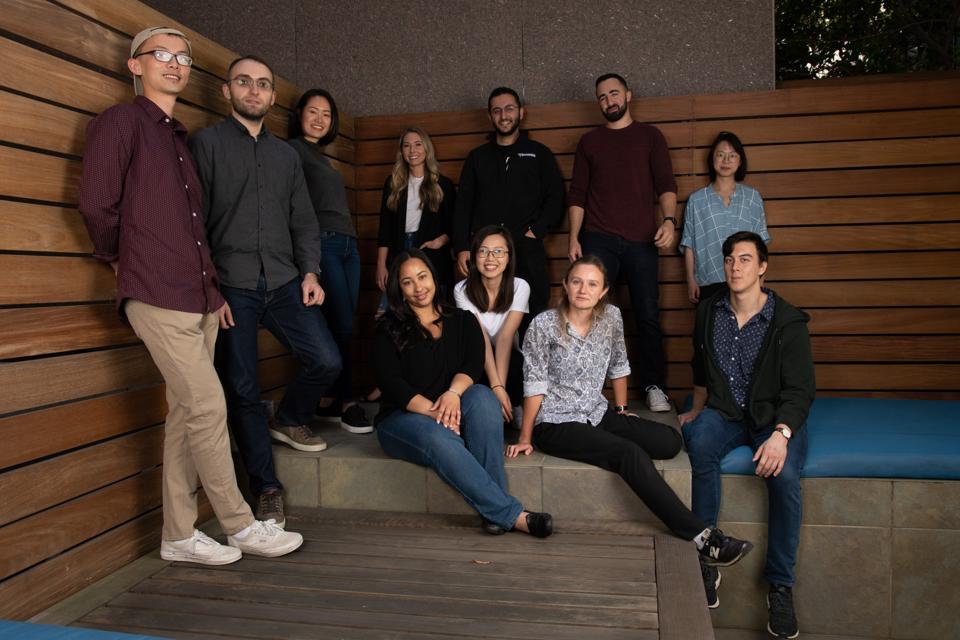 CodeSignal provides a consistent interview structure to ensure that all job applicants are being assessed against the same objective standard.

“It’s allowing them to find talent that would typically get overlooked, because it's an insanely competitive market and more companies are starting to look for ways to really win in that market,” he says.

And the pandemic has only made CodeSignal more popular. Though Sloyan admits his HR-tech company lost a few customers this past spring, he says the platform has seen a net gain, its customer base more than tripling since last year as employers have taken their hiring processes remote. He plans to use the new funding to grow the company’s staff from fewer than 50 to 150 in the next year.

“Every company today has become a software company, increasing the demand for technical talent that is perceived to be in short supply,” JP Sanday, a partner at Menlo Ventures, said in a statement. “The silver lining of the pandemic is that companies have opened the aperture and are now willing to expand their reach to find the best people in the world to fill these roles, enabling a global applicant pool.

CodeSignal has allowed credit-card startup Brex to open up the number of applicants they are able to consider, starting with its university hiring efforts, says Joel Baroody, Brex’s head of recruiting. Brex’s initial interview step is purely based on the candidate’s CodeSignal score, which is an objective measure of their technical ability.

“This made our process for interviewing graduating software engineering students efficient and inclusive of a wide range of schools,” Baroody says. “This saved approximately two hours of recruiting and interviewing time for each candidate, which ultimately saves hundreds of collective hours for our team.”