762 replies to this topic

What is the point of investigation, if you don't act on it.

Russian peacekeepers record case of ceasefire violation by the Azerbaijani side 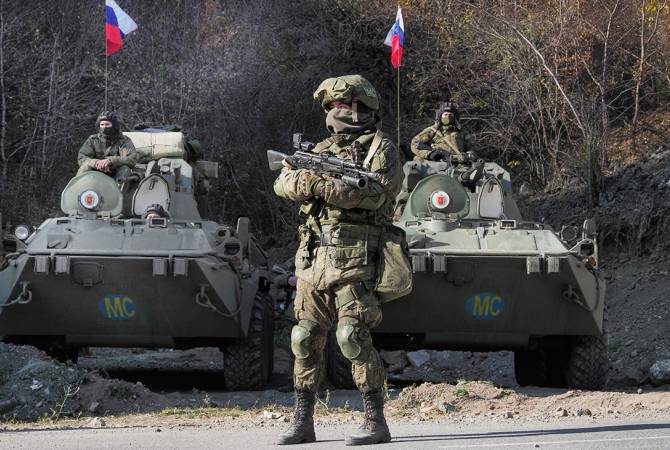 
YEREVAN, NOVEMBER 24, ARMENPRESS. Today, on November 24, the Russian peacekeeping force carrying out a mission in Nagorno-Karabakh recorded one case of ceasefire violation by the Azerbaijani side in its area of responsibility, ARMENPRESS reports the Ministry of Defense of Russia said in a statement.

The incident was registered near Maghavuz village of Martakert region. There are no casualties as a result of the incident. The command staff of the peacekeeping force is investigating the details of the incident in cooperation with the Armenian and Azerbaijani sides. 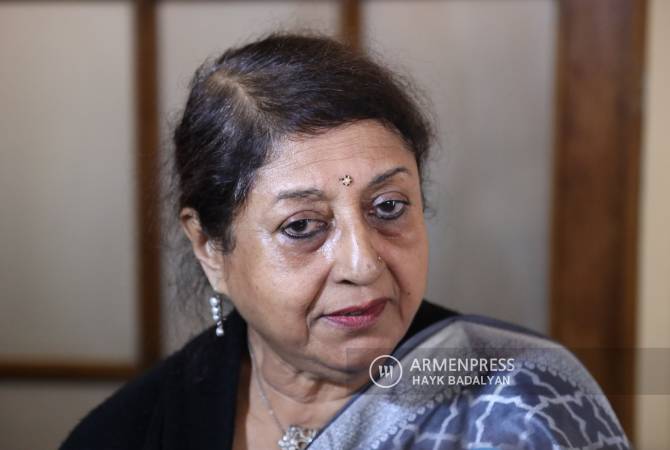 YEREVAN, NOVEMBER 28, ARMENPRESS. Former Ambassador of India to Armenia Reena Pandey commented on the reports according to which Armenia has purchased arms and ammunition from India.

“All countries have defense agreements. So it’s very good we have one here [in Armenia], and if we can cooperate with a joint [weapons] production also. You have some expertise in defense, we also have some, so we share”,

In response to the question about the defense cooperation, the former Ambassador said it’s good to engage in having trainings for Armenian and Indian military officials. 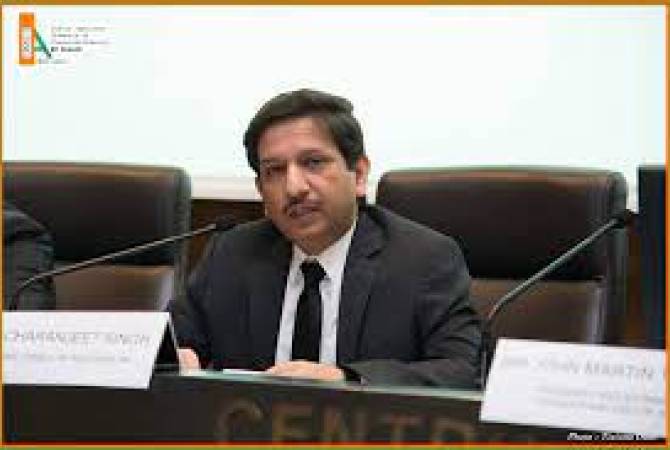 YEREVAN, NOVEMBER 28, ARMENPRESS. Charanjeet Singh, Joint Secretary for Eurasia of the Ministry of External Affairs of India praises the fact that the relations between India and Armenia have deepened and expanded.

“I really appreciate the conference “Armenia-India: New Incentives for Millennial Relations” which is being held at the initiative of the Foreign Ministry and the Oriental Institute of the National Academy of Sciences of Armenia. This initiative is welcome as we celebrate the 30th anniversary of the diplomatic relations between Armenia and India. This was really held at the right time.

The conference is a good opportunity to reveal our mutually beneficial ties and expand the bilateral relations in the future. The Armenian-Indian relations have a history of centuries. The cultural heritage connecting the two nations is still preserved and protected in India”, Charanjeet Singh said.

He stated that the relations between Armenia and India have expanded and deepened, but he emphasized the need for further expanding those ties.

“Mutual visits have taken place over the past year at the level of foreign ministers of the two countries. This really gave a great boost to the development of our relations. Our cooperation has expanded, covering education, technology, tourism and other areas. By moving forward, we must combine our work and further enlarge the existing cooperation, involving particularly the field of medical science.

More than 5000 Indians have studied at the Medical University of Armenia during all those years. But I am sure we have an opportunity to send much more students”, Charanjeet Singh said. 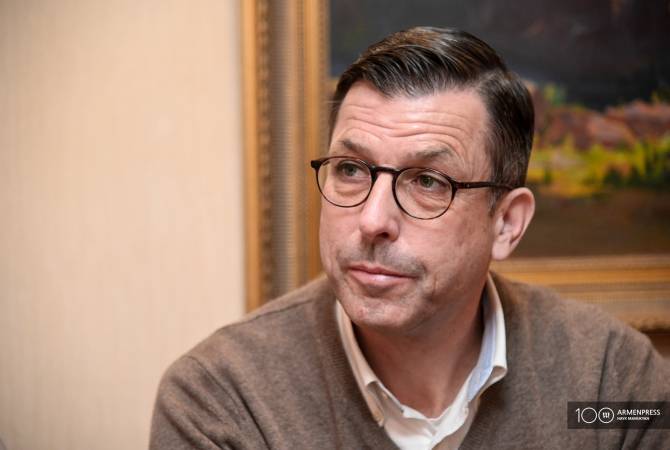 YEREVAN, NOVEMBER 29, ARMENPRESS. German weekly newspaper Junge Freiheit has published an article about the attack of Azerbaijan against Armenia, the Nagorno Karabakh conflict, citing the statements of Members of the European Parliament that the EU Commission’s gas deal with Azerbaijan is a great mistake and has destroyed a lot of trust in Armenia.

Author of the article Hinrich Rohbohm recalls that “in the night from September 12th to 13th
of this year a conflict flared up again in the South Caucasus that is being forgotten in Europe in light of the atrocities of the Ukraine war. That night, Azerbaijan opened fire on its neighbor Armenia. Just over 100 Armenian soldiers were killed in the attack”, he said.

Touching upon the Nagorno Karabakh conflict, Hinrich Rohbohm stated that the Azerbaijani military shelled Armenia’s settlements, including the town of Goris in Syunik province this September. Artillery shells slammed into the roof of Edgar Salbun’s house.

Rohbohm says “the Ukraine war is taking its toll on Russia”. “This is probably the reason why the conflict, which was frozen after the last war in 2020, has now broken out again”, he states.

The author also makes a reference to the Yerablur Armenian military cemetery, stating that there are those who gave their lives in defense of their country in September, when it was invaded by Azerbaijan.
“From the graves of the fallen soldiers, the view sweeps over to the mighty Mount Ararat, where, according to the Bible, Noah once landed with his ark after the Flood. The Christian faith is deeply rooted in the country, and the Armenian Apostolic Church is one of the oldest Christian denominations in the world”, he says.

“Once Armenia, which existed already in the first millennium before Christ, extended over large parts of eastern Turkey, reached in its heyday from the Caspian Sea to the eastern Mediterranean. But even in ancient times, the country was sandwiched between two great empires, the Roman Empire in the west and the Persian Empire in the east. Today, the country has long lost its access to the sea and, encircled by totalitarian regimes, is trying to assert its sovereignty and its remaining territory”, the author of the article says.

The article is also touching upon the recent visit of MEPs to Armenia. The delegation also included German lawmaker Lars Patrick Berg.

“Germany has so far been very reluctant to get involved in the South Caucasus,” MEP Berg said. Yet the region, as a “link between Europe and Asia,” is of “geopolitical importance,” especially from an energy and trade perspective, he said.

“The EU Commission’s gas deal with Azerbaijan has destroyed a lot of trust in Armenia,” Berg emphasized.

His Dutch colleague Peter van Dalen from the European People’s Party (EPP) also sees it that way. “I think the gas deal with Azerbaijan is a momentous mistake.”

The French National Assembly unanimously adopted a resolution supporting Armenia and calling for sanctions against Azerbaijan.

With the resolution, the National Assembly condemns, in the strongest terms, the military aggression of Azerbaijan on September 13 and 14 against the southern and southeastern regions of the Republic of Armenia, in violation of its sovereignty.

The National Assembly calls for an end to the military occupation by Azerbaijan of the sovereign territory of the Republic of Armenia and for the immediate and unconditional withdrawal of Azerbaijani forces. It urges strict compliance with the terms of the trilateral statements of November 9, 2020 and January 11, 2021.

The lawmakers invite the Government to work within the United Nations Organization with a view to deploying an international force capable of ensuring the end of hostilities in the South Caucasus and the safety of civilian populations and emphasizes the importance of the role of the Security Council to endorse an agreement of the parties concerned on the deployment of such a force.

The lower house of the Parliament calls on the Government, in consultation with the European Union and the United States, to take any diplomatic initiative likely to promote the development of a lasting peace treaty between the Republic of Armenia and Azerbaijan. It also calls on the Government to intensify efforts at the level of the European Union in order to adopt a common position aimed at promoting the normalization of relations between Azerbaijan and the Republic of Armenia.

In this regard, the lawmakers welcome the establishment of a European Union civilian mission aimed at restoring confidence, stabilizing the situation on the ground and contributing to the work of the boundary commissions of the Republic of Armenia and Azerbaijan. They also comment the deployment of an assessment mission of the Organization for Security and Cooperation in Europe to Armenia, at the request of the government in Yerevan.

The National Assembly calls for due respect for the territorial sovereignty and independence of the Republic of Armenia and urges an immediate and unconditional release and repatriation of all Armenian prisoners of war.

It calls on the Government to mobilize so that an international and independent investigation can be conducted into the abuses allegedly committed by the Azerbaijani armed forces against Armenian soldiers and civilians. Invites, for this purpose, the Republic of Armenia to join the International Criminal Court in order to fight against impunity.

Members of the Assembly invite the Government to consider the imposition of economic sanctions, should the attacks and occupation of the sovereign territory of the Republic of Armenia continue.

It invites stakeholders, the Minsk Group, the International Alliance for the Protection of Heritage in Conflict Areas and the United Nations Educational, Scientific and Cultural Organization, to do their utmost to preserve, in a sustainable way, the Armenian cultural and religious heritage in the areas under Azerbaijani control;

Invites the Government to increase France’s support for the Republic of Armenia, particularly with regard to humanitarian aid, and to study the strengthening of its defense capacities;

Finally, the National Assembly emphasizes its unwavering commitment to the search for lasting peace, which alone will ensure security and stability in the South Caucasus.

The French Senate adopted a similar resolution on November 15. 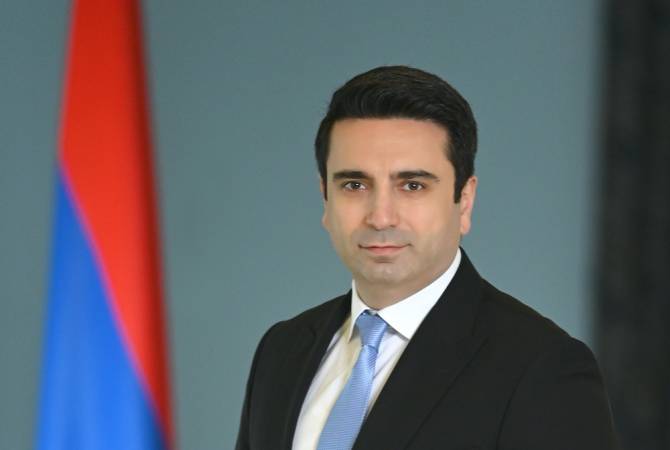 “We commend the French leadership for supporting Armenia against Azerbaijan’s aggressive policy and conduct and we are grateful to the French National Assembly for unanimously adopting the respective resolution,” Simonyan tweeted.

Azerbaijan responds to Armenia’s proposals, Pashinyan-Aliyev meeting by yearend not ruled out 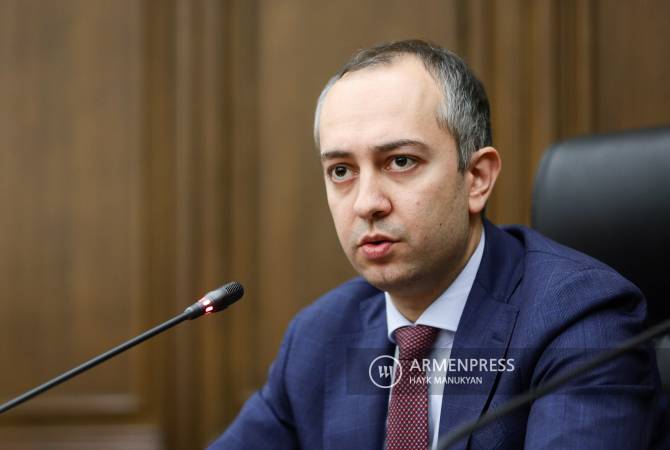 The proposals are Azerbaijan’s response to Armenia’s proposals, Member of Parliament and Chair of the Foreign Relations Committee Eduard Aghajanyan told reporters.

“The Armenian side received Azerbaijan’s proposals, which are basically the response to the Armenian side’s proposals. Meaning, we can say that the third round of these proposals is under discussion,” Aghajanyan said without elaborating.

Asked whether or not a meeting between the Armenian and Azerbaijani leaders or foreign ministers could take place by yearend, Aghajanyan said: “Yes, I think we can’t rule it out.”