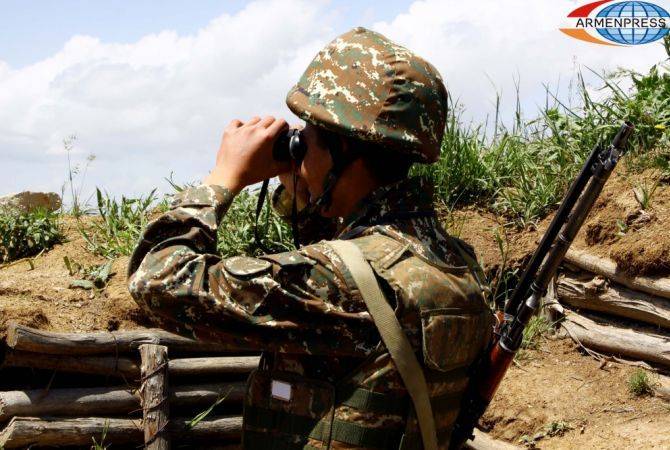 YEREVAN, SEPTEMBER 11, ARMENPRESS. The Azerbaijani military violated the ceasefire regime 43 times at the Armenia border and Artsakh Line of Contact in the past two days, head of communications at the Armenian military’s General Staff Administrative Apparatus Samvel Asatryan told ARMENPRESS.

At the Artsakh Line of Contact, the Azerbaijani military breached the ceasefire 20 times and opened gunfire at military positions of the Martakert, Martuni, Askeran and Hadrut regions.

“The Armenian Armed Forces are confidently controlling the border situation at the entire length of the border, are strictly adhering to the ceasefire regime and are taking actions adequate to the situation only in case of the adversary’s targeted violations”.

Asatryan did not report injuries.