Woman Of The Day


60 replies to this topic

This woman fascinates me.

French Romantic writer, noted for her numerous love affairs with such prominent figures as Prosper Merimée, Alfred de Musset (1833-34), Frédéric Chopin, (1838-47), Alexandre Manceau (1849-65), and others. The painter Eugène Delacroix (1798-1863) did not take her very seriously, but Alexander Herzen and Francois-Rene de Chateaubriand were inspired of her work. Widespread critical attention accompanied the publication of most of Sand's novels from INDIANA (1832), a story of a naive, love-starved woman abused by her much older husband and deceived by a selfish seducer. Sand's works influenced among others Fedor Dostoevskii, Lev Tolstoi, Gustave Flaubert, and Marcel Proust. In 1842, the English critic George Henry Lewes wrote that Sand was ''the most remarkable writer of the present century.''

"We cannot tear out a single page of our life, but we can throw the whole book in the fire. " (from Mauprat, 1837)

George Sand was born in Paris and brought up in the country home of her grandmother. She received education at Nohant, her grandmother's estate, and at Couvent des Anglaises, Paris (1817-20). In 1822 she married the baron Casimir Dudevant, to whom she bore one son and one daughter. She inherited Nohant in 1821, but because of her unhappy marriage, she left her family in 1831 and returned to Paris.

In 1831 Sand started to write for Le Figaro. She contributed Revue des Deux Mondes (1832-41) and La République (1848), and was a coeditor of Revue Indépendante (1841). During these years she mad acquaintance with several poets, artists, philosophers, and politicians, and wrote in a few weeks with her lover Jules Sandeau a novel, ROSE ET BLANCHE, under the pseudonym Jules Sand. The second novel Indiana (1832) was written by herself and gained an immediate fame. It was followed by VALENTINE (1832), and LÉLIA (1833). After reading Indiana the poet Alfrted de Musset wrote an admiring letter to Sand which marked the beginning of their passionate affair. At the age of 33 she started an affair with Chopin. The composer, however, did not first consider her attractive. "Something about her repels me," he said to his family. Their relationship ended in 1847 when Sand started to suspect that the composer had fallen in love with her daughter, Solange. It is also possible, that behind the breakup was Sand's treatment of Solange.

In her early works Sand's writings show the influence of the writers with whom she was associated. In the 1830s several artists responded to the call of the Comte de Saint-Simon of cure the evils of the new industrial society, among the Franz Listz and Sand who became friends, not lovers. On a personal level, Michel de Bourges, who preached revolution, was more important. After de Bourges came Pierre Leroux, who was against property and supported the equality of women, and wanted to rehabilitate Satan. From the 1840s Sand found her own voice in novels, which had roots in her childhood's peasant milieu. For the rest of her life, Sand was committed to ideal of Socialism, which his friend Flaubert rejected in their dispute. After the 1848 revolution in France failed, Sand settled disappointed at Nohant. From 1864 to 1867 she lived in Palaiseau, near Versailles.

Sand spend the rest of her life writing and travelling. "Work is not man's punishment. It is his reward and his strength, his glory and his pleasure." During her career she played an important, if long underestimated, role in the evolution of the novel. Her books, although popular, awoke also controversy: the French Senate recognized its opposition to the presence of Sand's works in public libraries. In her novels Sand questioned the sexual identity and gender destinies in fiction. Sand herself was accused of lesbianism and nymphomania, partly because of affairs with well-known celebrities. In CONSUELO (1843) the musically gifted heroine defies the tragic destiny depicted in Madame de Staël's Corinne (1807). In her mid-life autobiography, HISTOIRE DE MA VIE (1854-55, Story of My Life), Sand displaces conventional distinctions separating male from female, fact from fiction, and public from private life. "Life in common among people who love each other is the ideal of happiness."

Among Sand's best works are her countryside novels LA MARE AU DIABLE (1846), in which Germain, a young widower, must choose between a rich woman and a poor girl, FRANÇOIS LE CHAMPI (1847-48), LA PETITE FADETTE (1849), and LES MAÎTRES SONNEURS (1853). In LUCREZIA FLORIANI (1846) Sand depicted her relationship with Frédéric Chopin (Prince Karol de Roswald in the book). HORACE (1842) was an examination of the young generation enthused by the ideals of Romanticism. She also wrote memoirs, short stories, essays and fairy tales. Sand died on June 8, 1876. Sand's literary reputation started to decline after her death, and in the beginning of the 20th century, her work did not attract much attention. "The world will know and understand me someday," Sand once wrote to her critics. "But if that day does not arrive, it does not greatly matter. I shall have opened the way for other women."

Fanny Ardant was born on March 22, 1949 in Saumur, Maine-et-Loire, France. The daughter of a cavalry officer in the French army, Fanny later moved to Monaco with her family where she grew up. Her father was a friend of the Royal household who was also a governor at the palace. She often visited the palace and made acquaintance with Princess Grace.

At the age of 17, Fanny moved to Aix-en-Provence where she attended university majoring in political science. She later studied drama and made her stage début in Corneille's Polyeucte in 1974. Her first big break came in 1979 when she landed a role on the TV drama Les Dames de la côte (The Ladies of the Coast). Her appearance on the series caught the attention of the celebrated director François Truffaut, who offered her a role in his next film La Femme d'à côté (The Woman Next Door) in 1981, starring opposite Gérard Depardieu.

It was a role that changed her life both professionally and personally. Her performance in the film brought her international recognition and her first César nomination for best actress in 1982. On the personal front, she became Truffaut's companion and remained with him until his death in 1984. They had a daughter, Joséphine, who was born the previous year. Fanny starred in Truffaut's last film Vivement dimanche! (Confidentially Yours), and received her second César nomination for best actress.

Throughout the 80's and 90's, Fanny continued to give strong performances, cementing her reputation with serious and dramatic roles. In 1994, she teamed up once again with Gérard Depardieu in Le Colonel Chabert, playing the role of a complex widow.

But some of her most memorable performances showcased her comedic talent, such as Pédale douce in 1996, which won her that year's César Award for Best Actress. In that same year, Fanny also appeared in the highly acclaimed costume drama Ridicule (Oscar-nominated Best Foreign Film), as the delightfully acidic Madame de Blayac, lending her powerful mix of well-bred beauty and sexy sophistication to the role.

Over the years, Fanny has matured into a captivating figure in French cinema. Her sophistication, elegance and acting versatility have made her one of France's most admired and enduring actresses. Her popularity in France even inspired French comedian/singer Vincent Delerm to write a song, Fanny Ardant et moi, dedicated to her.

Although most of her work is on film, Fanny has been equally successful on stage. She continues to participate in theatrical productions throughout her career, appearing in Roman Polanski's much praised stage adaptation of Master Class in 1997, portraying opera singer Maria Callas.

Fluent in French, English, Italian and Spanish, Fanny occasionally ventured outside of French cinema and worked in such productions as La Famiglia (The Family) and Le Cena for Italian director Ettore Scola, and the Italian version of Chekov's Three Sisters (Paura e amore). She was also seen in a small supporting role in the 1995 Sydney Pollack's film Sabrina. And in 1998, she appeared in the Oscar-nominated drama Elizabeth, in which her presence highlighted the small but important role of the ruthless and deliciously flirtatious Mary of Guise.

In 2002, she took on the role of the sexy, mischievous, yet complex sister-in-law of Catherine Deneuve in François Ozon's hit musical comedy/murder mystery, 8 femmes (8 Women), a role which won her a new wave of international fan following.

Now, you don't hear this kind of news every day, don't you?

While some former Soviet republics have dropped International Women's
Day as a relic of the Communist era, it is still an official holiday
in Russia, where men give flowers and gifts to female relatives,
friends and colleagues.

Now that's music to my ears.

A little late to read; but I also like what I hear.

Armenia is a progressive country who continues to regard and respect women.
That's good news.

Woman Of The Day

wow such a nice topic "A reporter asked couple: How did you manage to stay together for 65 years?"
The woman replied: "We were born in a time when if something was broken we would fix it, not throw it away..." 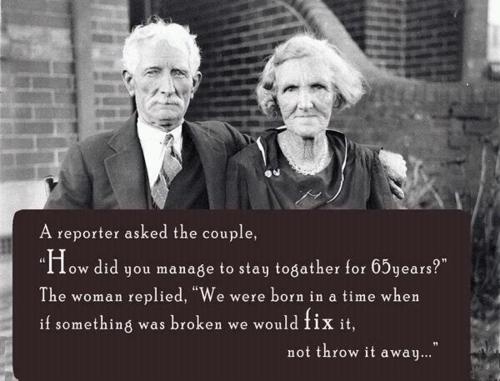 Mount Everest is the Earth's highest mountain, with a peak at 8,848
metres above sea level. The Mount is located in the Mahalangur section
of the Himalayas. The international border between China and Nepal
runs across the precise summit point.

Lyuba Balyan and Mariam Martirosyan have reached the mark of 5364
meters. After this mark Everest can only be conquered by professional
alpinists with special climbing gears. But a few can get to even
this camp.

~SEverything started with a photo, which an Englishman took in small
village in the Himalayas. I learnt its name ~V Namche Bazaar, which
is located on the way to Everest. And I decided to head there. If
Mariam weren~Rt with me, the trip wouldn~Rt be so easy~E,~T Lyuba
Balyan recalled.

~SThe trip was amazing, even attitude sickness didn~Rt touch us. We
climbed at the height of 5364meters, this is the whereabouts of
the camp, after which only alpinists are eligible to continue with
climbing gears. It turned out to be a landslide,~T the climbers said.

~SWe saw Everest melting. The alpinists, who attempted to climb Everest
from the side of Nepal, couldn~Rt do it, as the wind blew off the snow.

They had to climb through Tibet. I think it is the result of the
global warming,~T they said.

This Thursday the Syrian Armenian Musheghyan family visited the
Ministry of Diaspora, to present the successes of 11-year-old Serli
Musheghyan in swimming.

The press service of the Ministry informs that the girl got the
opportunity to train in the Junior Specialized Diving School of
Olympic Reserve named after David Hambarzumyan for two months free of
charge. As a result of the trainings, she won the last 4 tournaments
and became the champion. The Minister of Diaspora Hranush Hakobyan
congratulated Serli Musheghyan and noted that with such results Serli
will also gain victories on international scene.

Note that Syrian Armenian young people will be given an opportunity
to train in Dynamo stadium free of charge. The directorate of Junior
Specialized Diving School of Olympic Reserve named after David
Hambarzumyan, honoring the request of the Ministry, has decided to
train the Syrian gifted athletes free of charge.