Just Wow, what a brain!

Hrant Gharibyan’s journey, in the realms of scientific research and quantum computing, is a modern-day tale of inspiration for all those young scholars so keen on pursuing their dreams. From undergraduate studies to doctoral studies and there onwards to developing futuristic computers powered by quantum technology, it’s a story that’ll strike a chord with young scholars all over the world.

As a young fellow in his native Armenia, pitting himself against the best of physics and mathematics talent in local Olympiads, little did Hrant imagine that one day he would be tinkering with quantum computing in distant San  Francisco. But the PhD scholar at Stanford University is doing just that and more. As a member of the Quantum AI team at Google, Hrant is involved in the initiatives to develop a frontline computer based on the cutting-edge quantum technology. His involvement with quantum theory extends to an advisory role at gate42.org – a Yerevan-based group working on quantum chemistry simulation. 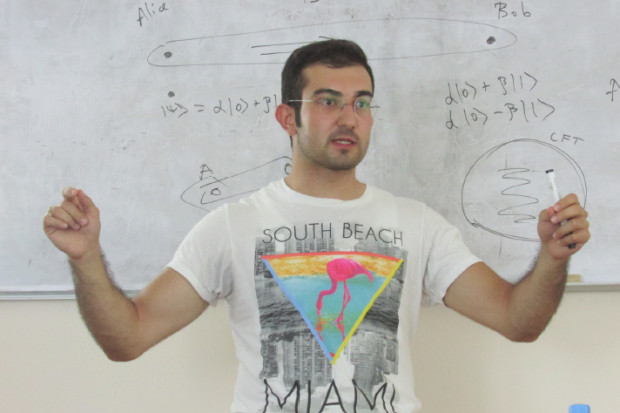 Unlike modern digital computers which rely on binary or digital codes, quantum computer involves quantum bits (or qubits) and their superposition, to achieve exponential speed up in computing. Near-term quantum computers will have extensive use in security, science research, communication and commercial applications. The research in quantum computing is still in an embryonic stage and therefore opportunities are huge in this field.

That childhood interest in physical sciences laid the foundation, in Hrant, for an enduring interest in the physical sciences. He went on to win the Best Student award from the President of Armenia, in 2008. He was also one of the very few to be awarded a Gold Medal at Armenia’s national mathematics and physics Olympiads. Along the way, he registered his presence, with medals at international physics Olympiads in Vietnam and Kazakhstan.

From Armenia to America was but a short step for Hrant. Setting foot in the Boston, he enrolled as an undergraduate student at the Massachusetts Institute of Technology (MIT). It was here that the seeds of his fascination for quantum physics were sown. Under the watchful guidance of Prof. Max Tegmark, Hrant worked on and gained valuable insights into Thermodynamics in the model of Unitary Cosmology. Hrant also studied quantum information science under Peter Shor, inventor of Shor’s Algorithm.  Those were indeed heady days for the newly-arrived young scientist who dove enthusiastically into the world of research and academia.

His stint as an undergraduate student in MIT saw Hrant distinguish himself in academic pursuits revolving around quantum physics. His interest in the subject grew stronger with every passing day and even his advisor Prof. Tegmark referred to him in his best-selling book “Our Mathematical World” in the following paragraph, “Then something wonderful happened, which reminded me why I’m so fortunate to get to work at MIT: enthusiastic twenty-year-old Armenian undergraduate student, Hrant Gharibyan, asked if I had any interesting problems he could work on. We teamed up and he attacked my problem with great fervor, devouring math books like popcorn and mastering mathematical tools such as Schur products and spectral majorization, which aren’t known to most physicists, and which I’d only learned from my dad, who is a mathematician. And then, one day when I saw Hrant, I knew from his triumphant smile that he’d solved the problem!’’ During this period, Hrant himself penned a paper on Maldacena and Susskind’s ER=EPR paradox. 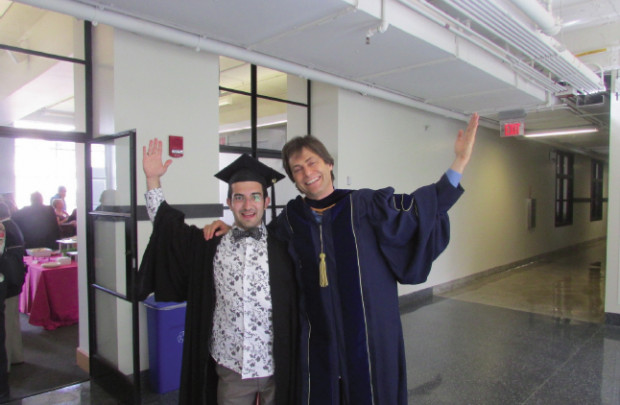 By 2014 when he had completed his B.Sc., majoring in physics and mathematics, he had co-authored at least 3 publications on the subject of quantum physics and cosmology. Hrant credits Albert Einstein for his interest in physics. "Following his example, I always try to see through the mundane of daily life and enjoy the real beauty of comprehending the laws of our Universe.", says Hrant who’s a Phillip Morse Memorial Awardee for best undergraduate research, in 2014.

Incidentally, at MIT, it wasn’t a case of all work and no play with Hrant. He chose Theater Arts as his Minor subject at MIT, and went on to win the MIT Theater Arts’ Everingham Award for his direction of William Saroyan’s ``Hello Out There”.  Despite his professional pursuits in quantum technologies, the young scientist manages to find time for indulging his creative pastime. "I love theater. Acting and directing gives me the daily dose of creative freedom that is essential for balanced life.", he says with a smile. 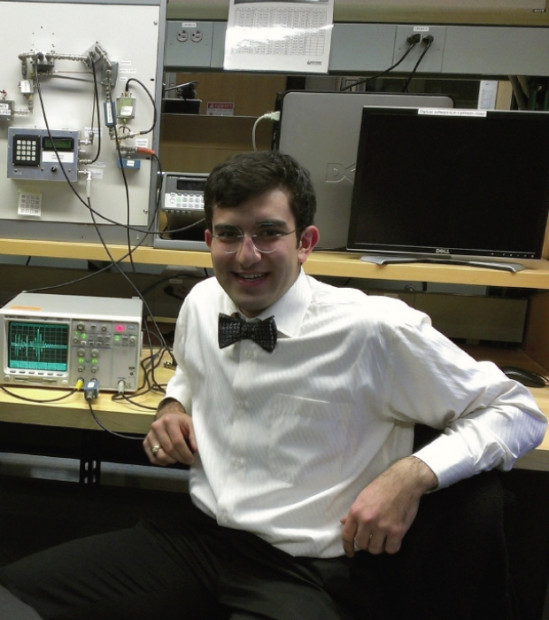 Come time for doctoral research and it virtually rained offers for Hrant who got acceptance letters from the crème de la crème of American Universities – Harvard, Stanford, Princeton and Caltech. It was a tough call to make but he finally settled for Stanford where he worked with Prof. Leonard Susskind on the topic of quantum information and black holes. Prof. Susskind is a legendary theoretical physicist, who is widely regarded as one of the fathers of string theory and inventors of holographic principle. Apart from Susskind, as a Ph.D. student, Hrant co-authored a number of seminal articles on physics and mathematics with leading academicians and professors - Patrick Hayden and Shenker among others. The research scholar, with roots in distant Armenia, made the most of his Stanford stint. Attending conferences and workshops, and presenting scientific papers became a way of life for him.

All this activity bolstered his self-confidence even as it brought him in contact with some of the best scientific and research minds in the US and beyond. He recalls “It from Qubit” in Argentina, and the Google X Quantum Complexity workshops among some of the best immersive experiences he enjoyed as a doctorate student.

Thanks to his exposure to the interlaced worlds of academic research and industry as a student, Hrant easily made the transition to real-world application of quantum physics. He worked as member of Google’s Quantum AI team tasked with building a computer prototype of the future.  With his research background in the field of mathematics and quantum physics, Hrant is thrilled to be where he is right now, professionally speaking.  Quantum computing is widely believed to be the next breakthrough in technology and he’s excited to be working at the forefront of a revolutionary breakthrough in computation and communications. "I always work on projects and ideas that are beyond my expectations. Challenge keeps life interesting.", Hrant explains.

Even as he makes his mark in academic circles in USA, Hrant hasn’t forgotten the land of his birth.  In his own way, he contributes to scientific growth and development in Armenia.  He regularly advises gate42.org, a Yerevan-based group of young physicists and computer scientists working on the issue of quantum chemistry simulation. Scientific temper and service to society perhaps come naturally to Hrant. "Both of my grandfathers, Albert and Haykaz, were scientists. Their wisdom, curiosity and drive for understanding have always been an outstanding example for me.", Hrant states and resolves to use his success story to spread interest in scientific research, among the younger generation. 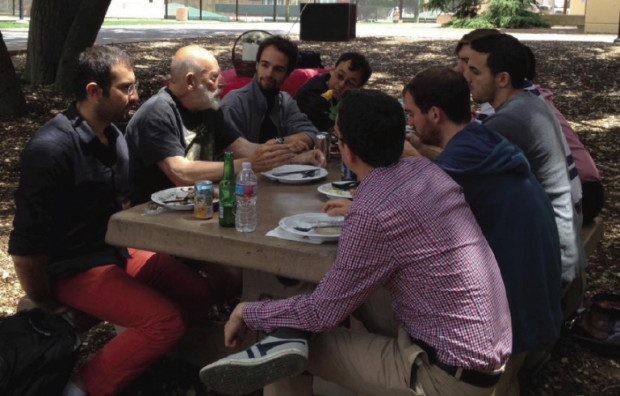 With Professor Leonard Susskind and group of quantum physicists