Thank you all for your comments.Boghos he was tought early not to play gambits a lot.He loves sicilian openning and e4 variations.
It is a lot of work teaching them to be serious.Most of the times they are bunch of clowns. 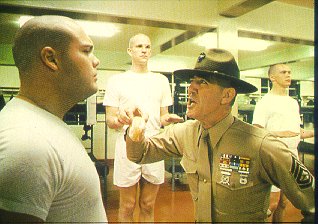 "Are you allowed to eat jelly donuts private Pyle?"

Congratulations to Arvan! It's this kind of news that makes one proud to be Armenian! Keep up the good work!

Armenia is third at the Chess Olimpics

Take a look where are Georgians and the Azeries!!!

A 3.5-0.5 annihilation of Georgia was enough to boost Armenia into a
tie for second with Russia behind Ukraine in the 36th Chess Olympiad
which finished today in Mallorca, Spain. Russia earned the silver
medal on tie-breaks over the surging Armenians due to a slighter higher
composite score of its opponents compared to that of the Armenians´.

Nevertheless, the tie for second was a phenomenal achievement for
Armenia, finishing ahead of such powerhouses as the USA, Israel,
and India.

Meanwhile, the Armenian women´s team defeated Azerbaijan 2-1 in the
final round to finish in a tie for 9-12th places. China dominated
the women´s tournament, outpacing the USA and Russia for top honors.

, they should make chess an Olympic sport.

That was a fantastic result.

14 days and 14 rounds of breathholding susspens for me as I was watching round after round the Armenian team making great effort for the silver medal,it wasnt until afetr the last game that russia snatched the silver with equall points with us,congractulations,to you all,the spanish web site broadcasting the games live was ful of Armenians all over the world and most of the catting was going on in Armenian language,we never felt so proud..

three ex-soviet countries eh? i hope they armenians keep up the strong chess culture that was strengthened in the last decades.

Fischer, who is wanted in the United States on charges of violating international sanctions against Yugoslavia, has filed a lawsuit against an order to deport him. He has been detained by Japanese authorities since July 13.

During the brief court session, the attorneys exchanged documents containing their arguments and evidence. The next session was scheduled for Jan. 29.

Fischer is accused of violating international sanctions when he played a rematch in Yugoslavia in 1992 against longtime rival Boris Spassky. He won and took home $3.5 million in prize money.

The Tokyo District Court issued an injunction in September against Fischer's deportation order while judges hear his lawsuit. His supporters say the case could take about a year to resolve.

Fischer was taken into custody when he tried to board a flight for the Philippines with an invalid passport. He has claimed that U.S. officials had revoked his passport without following due process.

Fischer has, through his supporters, denounced the deportation order as politically motivated. He has said he wants to renounce his U.S. citizenship and is taking steps to marry a Japanese chess official, Miyoko Watai.

Typical product of brainwashed anti-Soviet America. Always seeing conspiracies (which ofcourse there were but that's not the point

He is named after one of the legends of the 64-square game. On Sunday,
Armenian Tigran Petrosian lived up to the name by stunning the boys'
top seed Ferenc Berkes in the World junior chess championship at the
Casino Hotel here.

The attacking 40-move victory, in Tarrasch Defence, gave the
fourth-seeded Petrosian the lead after the fourth round. With
four points, he has only India's P. Harikrishna, the second seed,
for company.

"I was born just a month after the former world champion Tigran
Petrosian's death. That's how I got this name," said the Armenian
Grandmaster. But unlike his famous namesake, he plays a very aggressive
game.

Playing black, Petrosian turned down the offer of a draw on the 23rd
move and triumphed with a powerful king-side attack. Hungarian Berkes
had lost the edge earlier with a pawn blunder on the 15th move.

Petrosian was very cautious about his chances against Harikrishna,
his next big rival. "To play Hari in India is very difficult. But
nothing is impossible," he said.

While the boys' section produced decisive results on all the top ten
boards, three of the top five boards in the girls section ended in
draws. Four players - Poland's Joanna Madjan, China's Zhang Jilin
and Woman GMs Elisabeth Paehtz (Germany) and Anna Ushenina (Ukraine)
were at the top of the pack after fourth round.

My kids finished the national chess tournaments in Florida very successfully.
Arvan earned 5.5 points out of seven, which placed him, the 13th nationally. Going into the tournaments he had a rating of 1100 against dozens of kids who had 1500 and above rating. He won games against NY chess school kids 1600 whom they brought their personal couches with them.
I was rather surprised how combative my kids played considering chess is not their only activity ,music and sports take equal time effort.
Mateos earned 5.00 out of 7.00, which placed him the 7th nationally. Mateos did great and for five yr old kid he showed remarkable maturity.

Armat jan, each time I read about your 2 sons they amaze me more and more. Congratulations to you and your wife but most of all Bravo to the kids.

As it was in the beginning, so it shall be...

Congrats Armat. That's cool, gotta start the seeds up young with any pastime. My father was a big fan of chess and taught us to play as well. I need to get my game back to where it used to be. Thing about my Dad is he "retired" before we really started beating him... How do you fare against your sons?

QUOTE (Armat @ Dec 14 2004, 09:46 AM)
My kids finished the national chess tournaments in Florida very successfully.
Arvan earned 5.5 points out of seven, which placed him, the 13th nationally. Going into the tournaments he had a rating of 1100 against dozens of kids who had 1500 and above rating. He won games against NY chess school kids 1600 whom they brought their personal couches with them.
I was rather surprised how combative my kids played considering chess is not their only activity ,music and sports take equal time effort.
Mateos earned 5.00 out of 7.00, which placed him the 7th nationally. Mateos did great and for five yr old kid he showed remarkable maturity.

Paron Armat, congrats on your little geniuses with those irresistible locks. I am enamored by the name "Mateos," never heard it before. Many more victories for your sons!

I am beat now.Thirteen hours stright work with 15min break...
Thanks everyone for your jerm comments.
Sev-mard
I do lose to Arvan when I make a mistake but often I lose on purpose in order not to crush their spirit specially Mateos.Nothing is more motivating then beating their daddy

Ani
Mateos is sort of short for Matevos which was my grandfather's name.I believe Germans do use it as well.
I am still waiting for the kids to come home.I wished I could be there but this is holiday season and I must work.

Here is Mateos with Susan Polgar 4-time World Chess Champion and 5-time Olympic Champion
First woman in history to break the gender barrier in chess.
Just a correction Mateos won 4th place and Arvan 12th.Yeah I got it wrong.