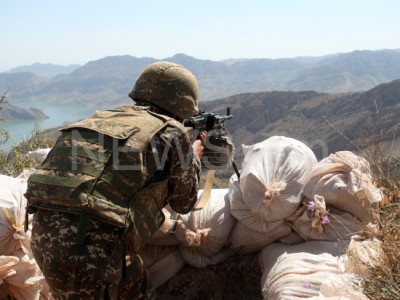 YEREVAN.  – Azerbaijani side continues provocation in the direction of Nakhchivan, the Armenian Defense Ministry said on Monday.

“The Armenian armed forces responded by fire to the provocations of the Azerbaijani side in the direction of Nakhchivan. We do not rule out losses in Azerbaijani armed forces as a result,” spokesperson for the Armenian Defense Ministry Artsrun Hovhannisyan wrote on Facebook.

Officials in Azerbaijan have been lauding a “historic” military operation, demonstrating the “professionalism,” “heroism and courage,” and “fighting spirit” of their soldiers.

It remains unclear, however, exactly what sort of operation has taken place.

In late May, reports emerged that Azerbaijani forces had advanced within a no-man's-land between the Azerbaijani exclave of Nakhchivan and Armenia. They set up new positions on a number of mountaintops and hilltops which gave them a greater ability to target Armenia's main north-south highway. But Baku, rarely shy about trumpeting any sort of military advance, initially remained uncharacteristically reticent.