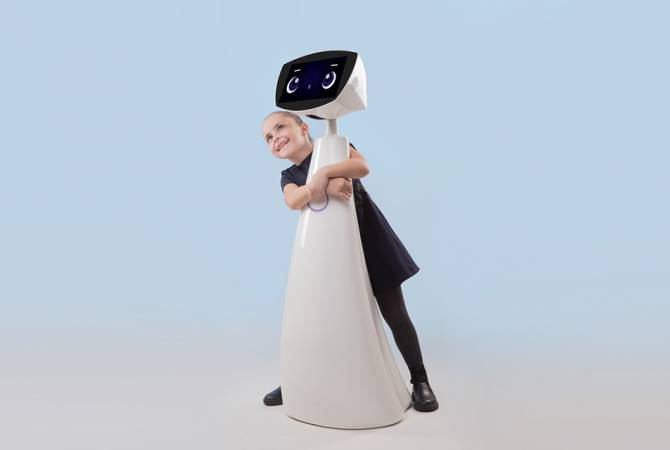 YEREVAN, NOVEMBER 10, ARMENPRESS. The first Armenian AI-based Robin the robot was recognized as the best innovation of 2021 by the TIME magazine.

ARMENPRESS reports the regular publication of the TIME magazine is dedicated to the best 100 innovations of 2021, among which the Armenian robot has found its unique place. TIME magazine, in its reference to Robin Robot, described it as a “caring friend”.

TIME tells the story that took place in one of the Armenian clinics, when an 8-year-old child with pneumonia refused to eat for two days, and the medical staff invited Robin to the girl's room. For about 20 minutes they played games, discussed their favorite animals, after which Robin leaves, promising to return only on one condition: if the child eats, after which the child surprises everyone, and Robin definitely returns.

TIME quotes the idea of the robot's founder, Karen Khachikyan, that the goal of the team was not to create another technological device, but a reliable friend for the children. The article mentions that the Robin the robot is used in 12 medical institutions of the world, and will be installed in 100 American hospitals in the next 12 months.

"This is an unprecedented success not only for our team, but for the whole of Armenia. Appearing in the top 100 innovations of TIME magazine is really a great victory for the whole scientific potential of our country. It is binding and at the same time very pleasant, "says Karen Khachikyan, co-founder of the Armenian "Expper Technologies" company that created the Robin the robot.

The article also refers to the robot's mission to help hospitalized children cope with stress and to make the treatment process easier. Robin helps children in the recovery phase to make the hospital environment colorful. In addition, during various medical interventions, Robin manages to distract children and reduce the perception of pain.

By the way, recently the world-famous "Forbes" magazine also referred to Robin Robot. Robin was recently awarded with the Fast Company's Innovation by Design Award. The robot has managed to arouse great interest abroad, it is already used in many leading hospitals and medical institutions in the United States.