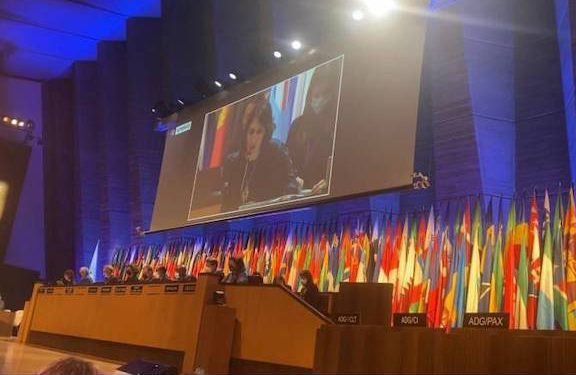 For the first time Armenia was elected as member of the UNESCO Executive Board for the period of 2021-2025, during the body’s general conference in Paris.

Armenia was among four countries nominated for the position. The other three were, Lithuania, Ukraine and Azerbaijan.

With 146 votes, Armenia came in first in the secret-ballot vote.

UNESCO is the United Nations Educational, Scientific and Cultural Organization

Acting under the authority of the General Conference, the Board examines the programs for the organization and corresponding budget estimates submitted to it by the Director-General.
It consists of 58 Member States each with a four-year term of office.\\