Post The items / Goods / That you have found at your location / Country, that are Made In Armenia
Product Names Info Pictures .. Name & Contact Info of The company or the individual
your feedback, how did you like the product, place that you have found it...

I just wanted to let you all know that, there was this great start-up audiobooks recording studio in Yerevan which is recording classical Armenian literature in audiobook format. So far most of their publications are in Armenian (which is great for those of us willing to improve our language skills) but they will have english versions available soon.

They also have a new, and very user-friendly english to eastern-armenian language tutorial, which is great if you're thinking of visiting Armenia and need to quickly brush up on your language in the plane or something. I think they have a 50% sale going on now:
http://teach.learnou...-Tutorial/47243

This is awesome. Thank you

Honestly, I love, LOVE the Ararat brand jams that you can find in the ARmenian grocery markets here.  The Apricot is best, not surprisingly.

I found some wood clamps, made in Armenia, at Harbor freight ~ and bought one in every size ~ This was several years ago ~ nothing recently ``` 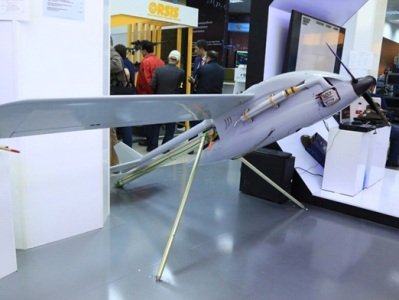 According to information obtained by Armenian News-NEWS.am, another stage of supplying the military units with improved ARMI-55M drones is underway.

The upgraded aircraft has extensive capabilities for piloting and reconnaissance. During one flight,  UAV can cover a distance of 400–500 kilometers. The maximum range of communication with the operator is 100 kilometers. If need be, reconnaissance can be conducted in the depths of the enemy’s territory 150–200 kilometers far.

The development of new generation drones, including weapon-equipped drones, has started. 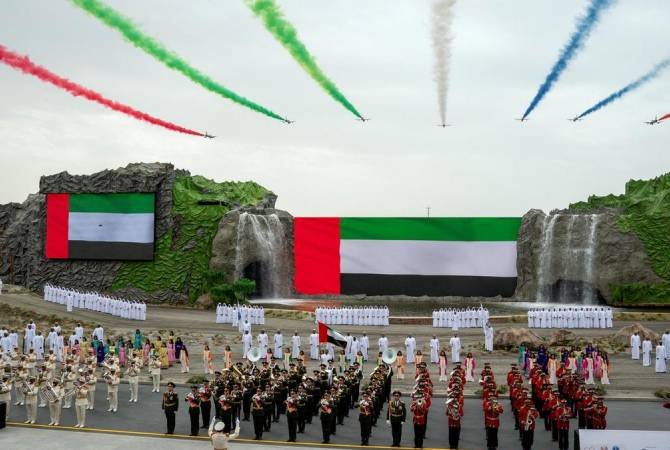 
YEREVAN, FEBRUARY 18, ARMENPRESS.  The Guards of Honor of the Armenian Armed Forces have delivered a ceremonial marching performance at IDEX 2019 in Abu Dhabi, UAE.

The ceremonial guards are among the Armenian military delegation led by Defense Minister Davit Tonoyan to the 2019 International Defense Exhibition and Conference, one of the largest arms expos in the Middle East.

The Guards of Honor are seen performing various drill commands, present arms, while the Army Band is playing marching music.

Armenia is presenting its military production at 2019 IDEX. 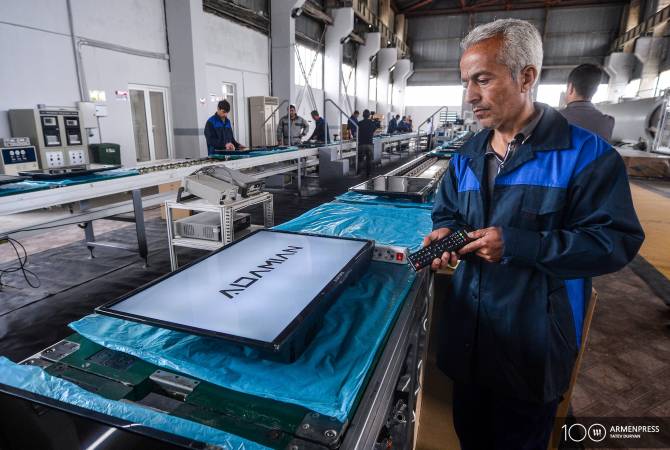 YEREVAN, MAY 23, ARMENPRESS.  In a few days, a monumental and historic milestone will be recorded in the Armenian tech industry.

The first ever Armenian-made TVs will hit the market as the joint Armenian-Lebanese-Syrian International Manufacturing Group (IMG) is introducing its ADAMIAN flat-screen televisions sets.

IMG CEO Ramy Judy told reporters in the company’s assembly plant in Armenia’s Merdzavan that in a few days the TVs will be available in major stores across the country.

According to the CEO, despite the factory’s inauguration having taken place in December of 2018, they began production only in May, since they were awaiting a governmental customs privilege for imports.

“We were waiting for the government’s issuance of customs privileges, because the price that we promised couldn’t have been provided if we were to pay customs duties. The government granted the privilege in April,” Judy said.

Now, the home appliances manufacturer is importing equipment and the TVs are assembled in Armenia. But IMG seeks further development.

In one and a half months, the company will start assembling air conditioners, and then also washing machines, refrigerators. The Armenian-made ACs, fridges and washing machines will be marketed under the AIO brand.

The Armenian-made home appliances will also be exported.

The market price and technical characteristics of the TVs was not immediately available.