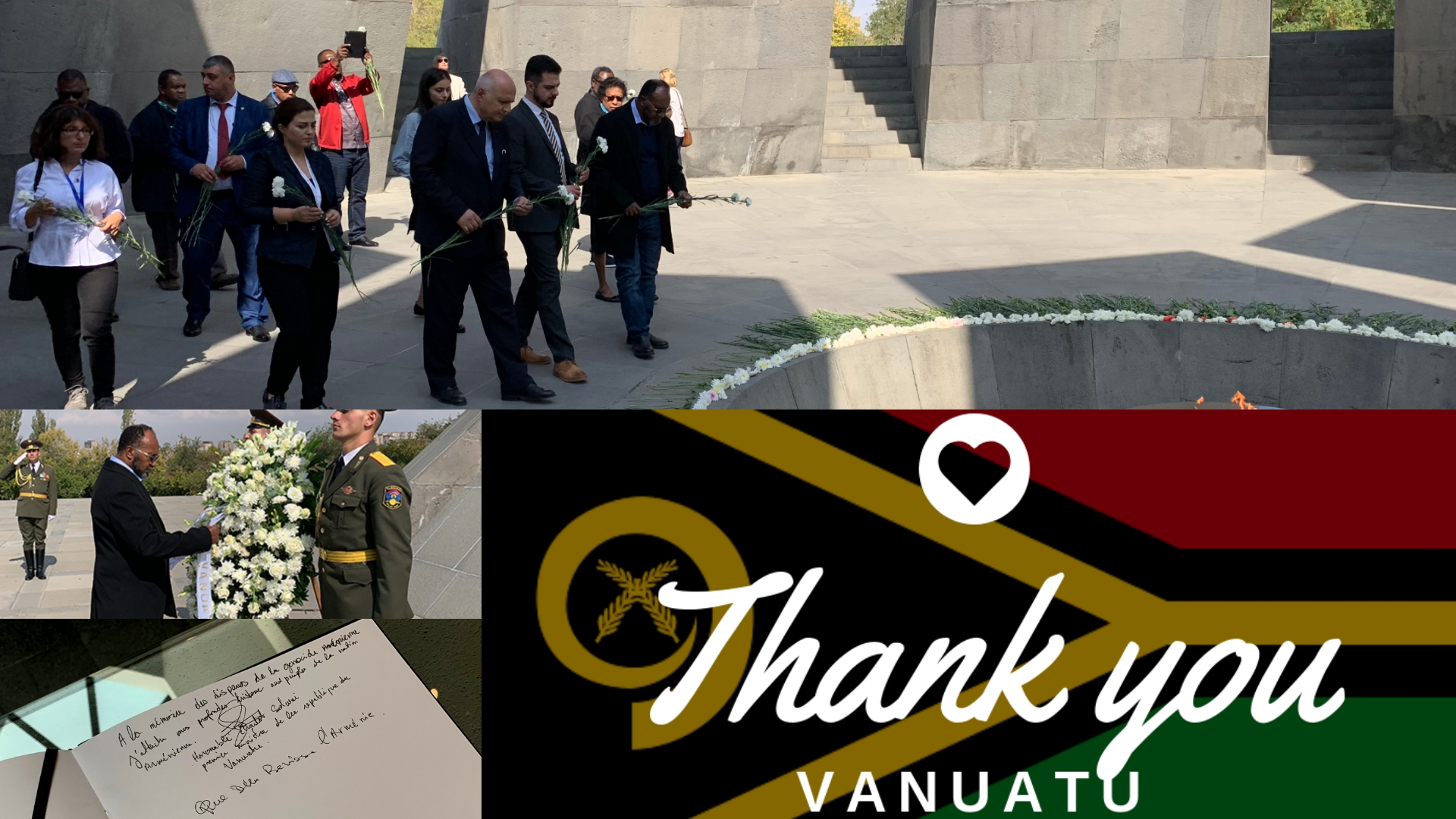 YEREVAN: The Armenian National Committee of Australia (ANC-AU) has thanked the Prime Minister of Vanuatu, the Honourable Charlot Salwai for becoming the first Pacific leader to acknowledge the Armenian Genocide during a recent trip to Yerevan, Armenia.

In a letter addressed to High Commissioner of Vanuatu in Australia, ANC-AU said: "As representatives of the largest Armenian community in the region, the Armenian National Committee of Australia would like to pass on its sincere gratitude to the Prime Minister the Honourable Charlot Salwai for becoming the first Pacific leader to acknowledge the Armenian Genocide."

ANC-AU Executive Director, Haig Kayserian said: "We congratulated the Prime Minister for taking this bold step, as the first among regional leaders, towards rectifying this great historic injustice. It is our hope that other Asia-Pacific nations, including the Australian Government, will follow the precedent set by Vanuatu and acknowledge the historical reality of the Armenian Genocide."

Salwai also toured the Memory Wall before laying a wreath at the Tsitsernakaberd Memorial and laying flowers at the eternal fire honouring the memory of the 1.5 million martyrs of the Armenian Genocide.

Thanks to the people of Vanuatu ```